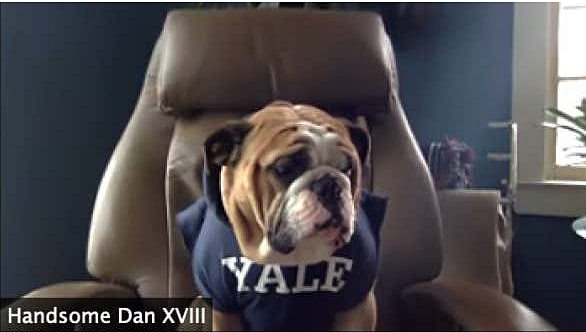 As social distancing continues into the fall, CYA has scheduled a September virtual happy hour on Wednesday the 23rd starting at 6:00 pm. We’re calling it a “happy hour,” because it’s a stand-in for the sort of gathering that might usually take place at bar or restaurant. It’s an opportunity for Yalies to meet and get to know one another, and because it’s virtual, people from across Colorado can join in.

With the capacity to connect across the miles, the virtual happy hour could become a regular feature of CYA programming, even when we can meet in-person again. Depending on how many show up on the 23rd, we might split into breakout rooms. The time is given as 6 to 7, but there won’t be a hard “leave meeting.”  For security reasons, the Zoom address won’t be posted publicly. RSVP to Stephanie Grilli, and you’ll get the Zoom address before the date: steph@artscribe.net

October Happy Hour, Wednesday on the 26th, starting at 6:00. RSVP to Stephanie Grilli.

BOLD Conversations: A Taste of These Times

BOLD stands for “Bulldogs of the Last Decade” and is a Yale Alumni Association initiative to bring young graduates of Yale College and the Yale graduate schools into the alumni community.

Colorado BOLD alums ( 2011-20) and current Yale students are invited to join CYA board members Ben Jacobs ’17, Bo Reynolds ’14, and Samantha Lichtin ’16 in conversation on core issues of our generation. In times that make us question everything Yale taught us the world would, could, should be, we harken back to late night philosophy in the stacks, dining halls, and off-campus. The hope is this will be a space to explore and challenge our thoughts, fears, and dreams, and to just enjoy an intensity of our own making in the company of others who keep asking “but why?”.  BOLD Conversations will take place the 1st and 3rd Thursday of the month from 7 to 8:30ish pm on Zoom. The series starts Sept 10th (one week later due to Labor Day)  with “What I Wish Yale Taught Me” followed by “What Does It Mean to be a Citizen” on the 17th. 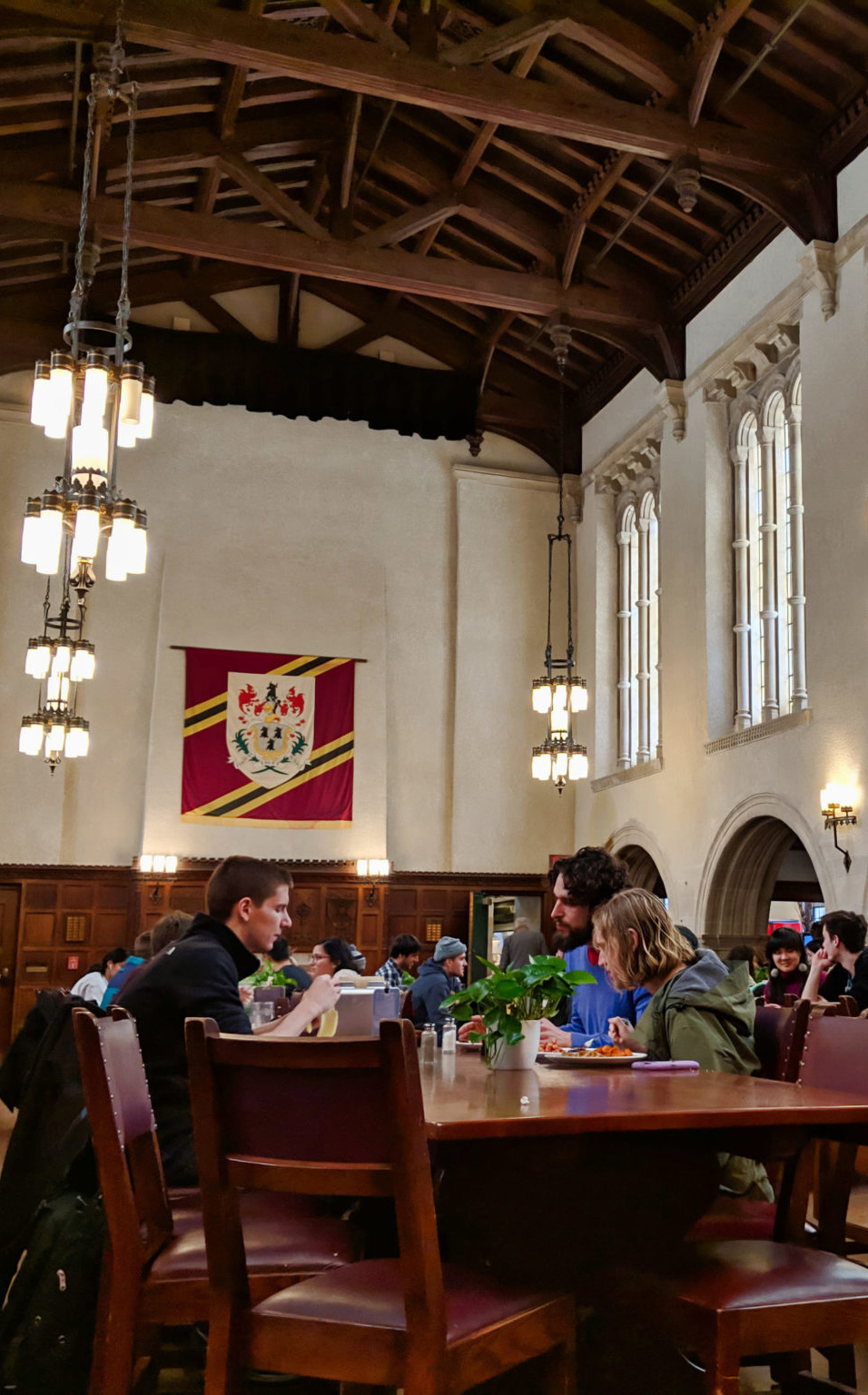 Future topics may include:

– State of the World
– Civic Duty
– Personal Responsibility
– Making Community
– What is Science? Does it matter?
– What is Law? Does it matter?
– The Public Good
– Textual Originalism
– To be “Well Read”
– Leadership Vacuum
– Climate Anxiety
– Is Democracy in Danger?
– All Men are Created Equal
– Equity and Equality
– Social Capital
– Classism (and the other isms, too)
– My Hometown is Segregated
– High School Never Ends
– Arrested Development
– Indebtedness
– Work / Life Balance (lol)
– I Love / Hate Technology
– Am I a Cog?
– I am Enough
– I Promise I’m not Crazy
– A Good Life

Please email Ben at benjamindouglasjacobs@gmail.com if you would like to join the BOLD Conversation, and you’ll get the url before the zoom meeting. We look forward to exploring with you soon.

The photo shows Trumbull dining hall where in 1968 Kingman Brewster announced that college residents would be expected to cede their rooms to incoming freshwomen. “All hell broke loose. By the end of the four hour meeting, Brewster had admitted defeat and agreed to listen to an alternative plan offered by the students. In the end, most of the 250 freshwomen were housed in Vanderbilt Hall on Old Campus and the 380 transfer students were distributed equally among the colleges.” visitorcenter.yale.edu 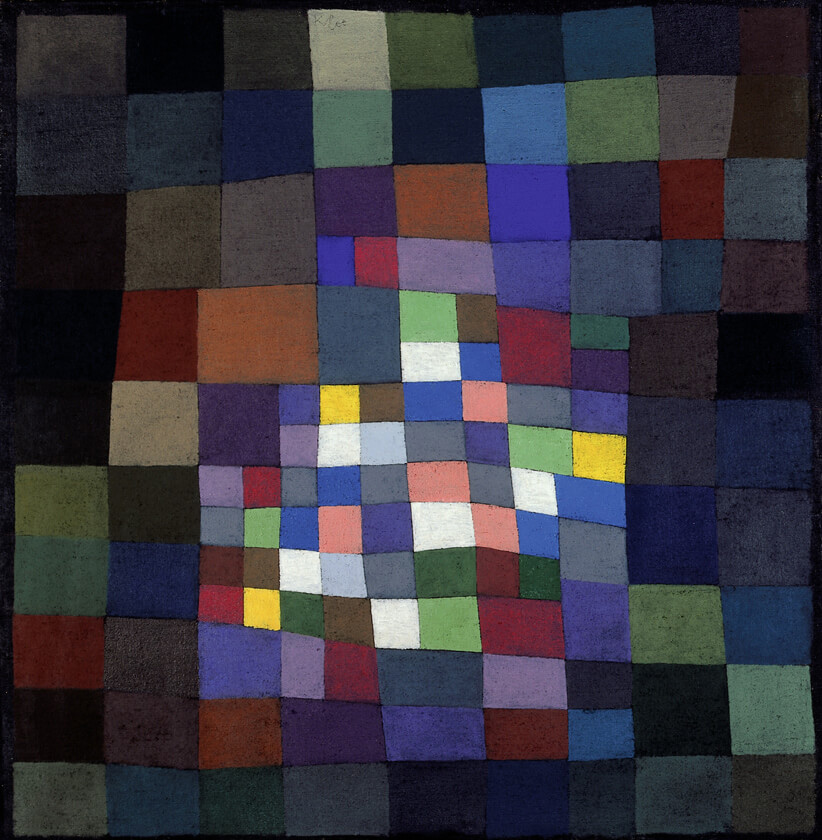 It’s been three years, since CYA has had a newcomers party, and many Yalies have come to Colorado since. Given public health concerns, this time a gathering will be held virtually on Sunday August 16th, starting at 6:00 pm. With opportunities to meet people limited, a Zoom event to connect with fellow alums may be all the more appreciated. All alumni are invited in order to welcome newcomers, and the arrival date for “newcomer” is broadly defined.

With Zoom, people from all over the state can participate readily, and the hope is that we can use it to engage Yalies even when social distancing is lifted.  This is an opportunity to see how the club can start to use virtual events in the schedule. A bonus is that alumni who have yet to move can participate in the newcomers party. Please pass the word to any new arrival you know, because they may not have updated their info on the YAA alumni directory.  RSVP to Stephanie Grilli, and you’ll receive the Zoom address before the 16th: steph@artscribe.net

THIS EVENT IS POSTPONED. 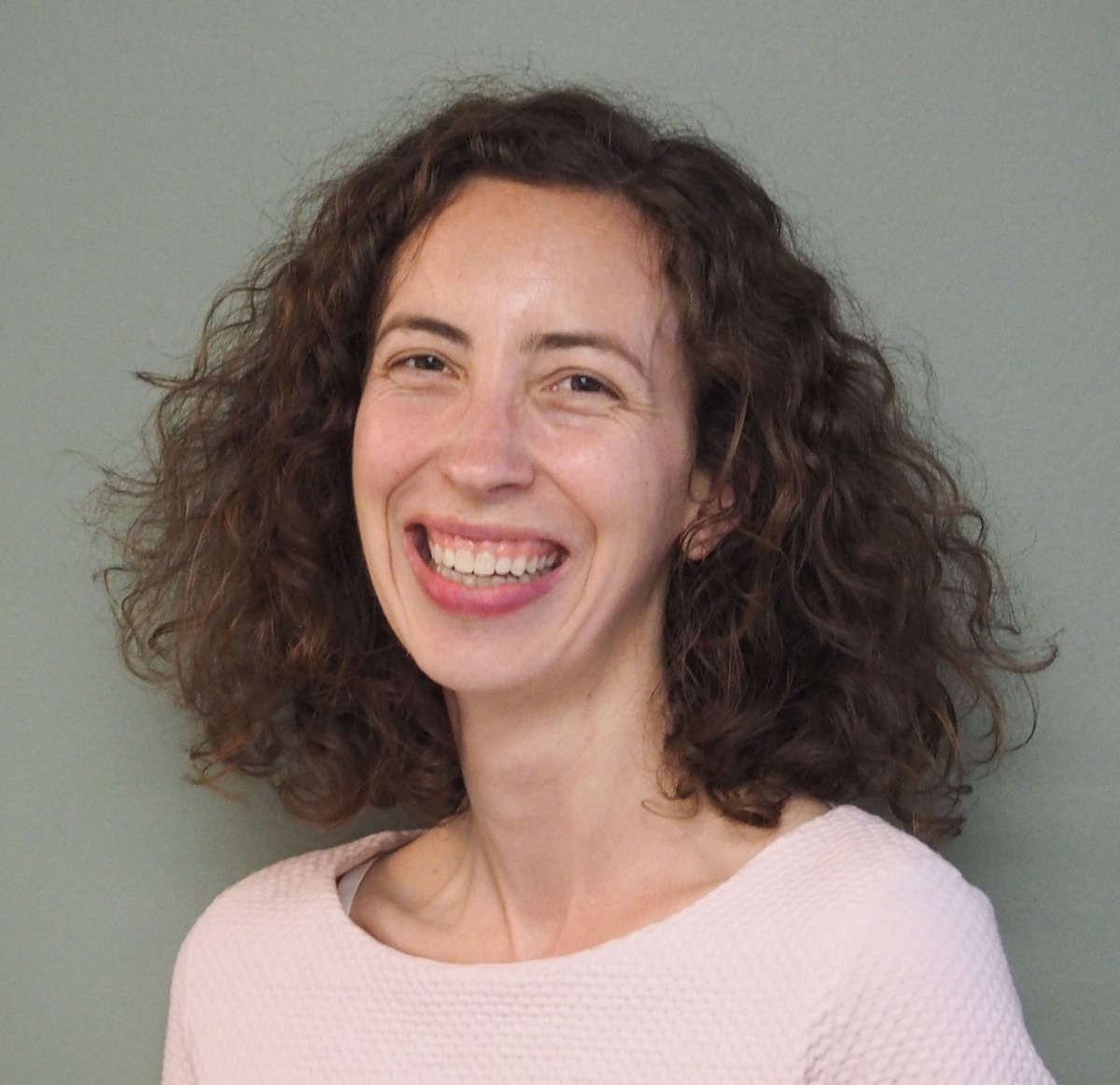 After graduating from Yale with a BA in Political Science and Latin American Studies, Liz Jordan ’06 conducted human rights research in Madrid, Spain as a Fulbright Scholar. After graduating from NYU School of Law summa cum laude, she worked first as a Fellow with the Capital Appeals Project in Louisiana, where she represented capital defendants on appeal. She then represented immigrant children facing deportation in New York with The Door’s Legal Services Center. In 2017, Liz became the first CREEC (Civil Rights Education and Enforcement Center) fellow, and based on her successful court cases, the non-profit organization created the Immigration Detention Accountability Project with her as director.

Involved in several high-impact legal challenges to immigration detention and deportations, she is in a position to let Yalies know what is happening in the escalating immigration crisis. Liz will talk about the increased numbers of people in ICE detention in poor conditions of confinement, practices at the border, and restrictions on asylum, and cases challenging these practices. She will also address trends specific to Colorado, including the involvement of congressional representatives in more oversight of detention.

THIS EVENT IS POSTPONED. 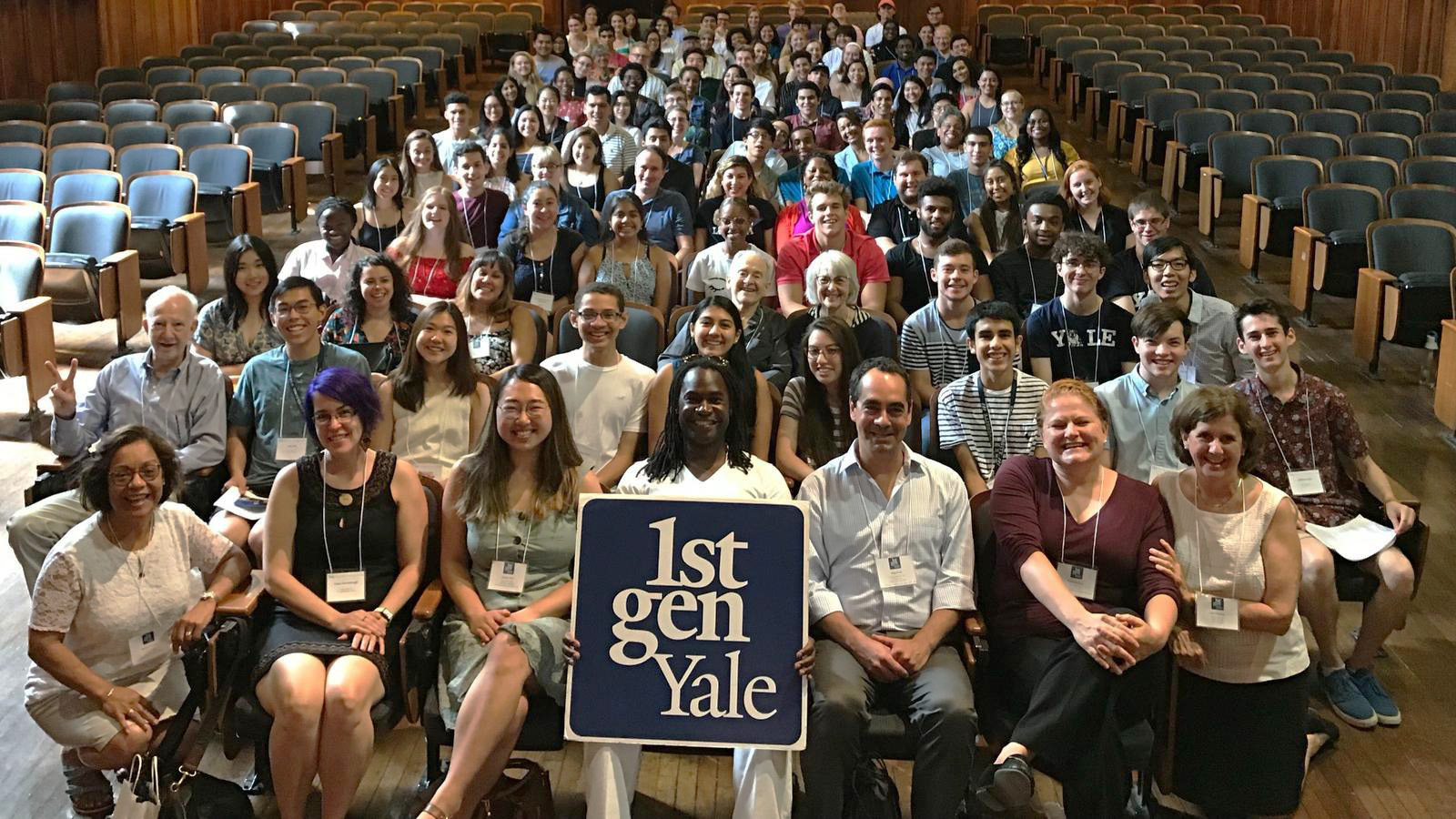 1stGen Yale is a shared-interest group spearheaded by YAA Board of Governors member  Lise Pfeiffer Chapman SOM ’81: “I saw the need to connect alumni as an important resource for students who share being first-generation to college or graduate school and from low-income backgrounds…alumni from all schools connect with each other based on shared experiences and can give back to support current students.”

The Yale experience for some  may have included financial constraints and personal hurdles that were usually kept secret, compounding a sense of difference and isolation. Wondering what you were doing at Yale wasn’t unique to first-generation or low-income students, but these students had another dimension of feeling the odd-person-out that often included economic realities. From the vantage of distance and life successes, 1stGen Yale offers alumni an opportunity for openness and reflection, with the aim of making things better now.  By telling stories as former students in diverse careers, current students know that they are not alone: we all belong to the Yale family.

You don’t have to be a 1stGen-er to get involved. There are many ways you can be of value, including different forms of mentoring, supporting a newly created fund for current first-generation and low-income students, offering internships, participating in workshops and panel discussions, and more. Not just for conjuring up memories, the shared-interest group is very active, with on-campus activities and regular webinars. Featured in a recent Yale Alumni Magazine, 1stGen Yale has rapidly become a place for connection among alumni and has been a force for change at the university.

On Sunday, March 22nd, starting at 3:00 pm, there will be a get-together as a first step to forming a Colorado chapter of 1st Gen Yale. With no future obligation, come to the Wynkoop Brewing Company, 1634 18th Street Denver. Order off the menu. Street parking is free on Sunday, and the Wynkoop is a short walk from Union Station. Although not a first-generation student, past CYA president John Boak ’70 was a part of the birth of 1stGen Yale. He and CYA president Stephanie Grilli will be there. Please RSVP: steph@artscribe.net.