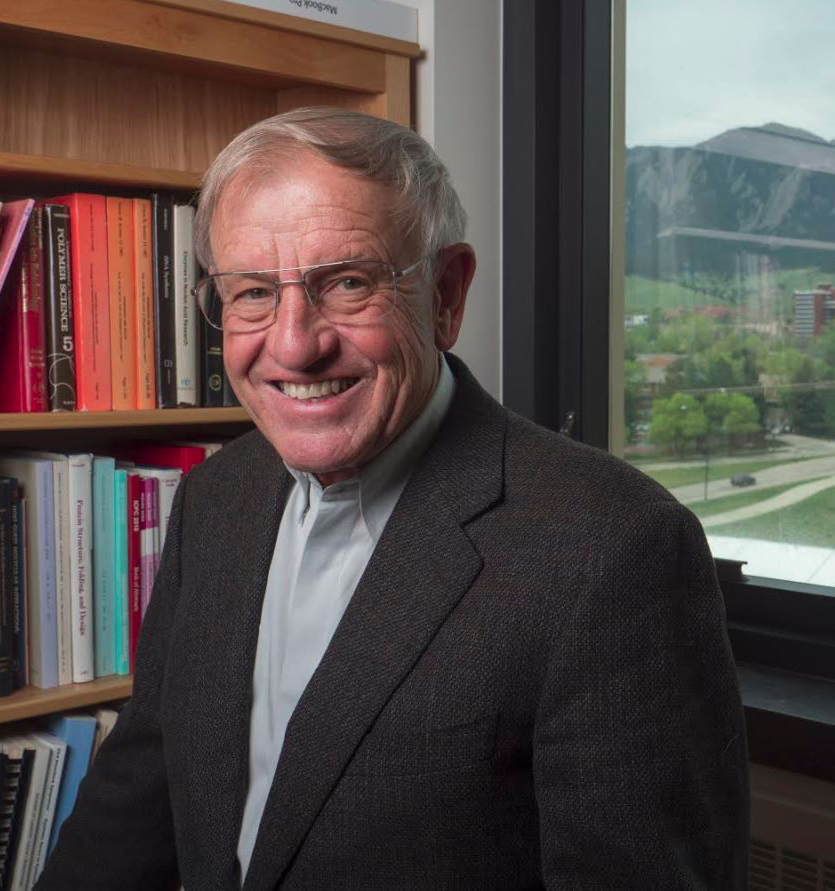 A Guggenheim Fellow, Marvin H. Caruthers is a Distinguished Professor of Biochemistry and Chemistry at the University of Colorado, Boulder. One of the co-founders of Amgen and Applied Biosystems, Dr. Caruthers remains active in the Biotechnology arena – most recently as a co-founder of Array BioPharma and miRagen Therapeutics.

The methodologies that are used today for chemically synthesizing DNA were developed in his laboratory and incorporated into so-called gene machines for the purpose of synthesizing DNA used by biochemists, biologists, and molecular biologists. More recently his laboratory has developed methods for RNA chemical synthesis and for the synthesis of DNA/RNA on chips. His laboratory has also pioneered the synthesis of many new nucleic acid analogs that have found applications in the nucleic acid diagnostic and therapeutic areas.

On May 23rd at Fritz Knoebel School of Hospitality Management at the University of Denver, 2044 East Evans Avenue, Denver, Dr. Caruthers will share his adventures in biotechnology and how he was able to “focus and solve problems others have yet to discover.” Co-Hosted by Colorado Ivy+ Women, MIT, Penn, and Wharton, the event begins at 6:00 pm with mingling, hors d’oeuvres, and a cash bar. The presentation begins at 6:30 pm. Bring your curiosity and questions, as there will be plenty of time for Q&A.

Seats are limited. Early registration is needed for catering and will be rewarded with discounted ticket prices:  before Sunday, May 19, 2019 at midnight: $25 per ticket, $40/couple; May 20th onward to event time: $35 per ticket, $50 per couple. Event details and registration HERE.

Colorado Springs Philharmonic board member Fran Pilch PhD ’71 has arranged a special backstage tour of the Pikes Peak Center with the opportunity to hear the first hour orchestra’s dress rehearsal of Ravel’s Bolero on Thursday May 16th.  Guest conductor, Christian Lindberg, is also solo trombonist for orchestral piece. Attendees will chat with the manager of the Philharmonic  and possibly have a private chat with one of the musicians. The center is located 190 South Cascade Avenue in the Springs, with readily available street parking (free after 6 pm) and a parking garage ($5). Attendees will meet at the box office entrance at 6:00 pm. The event is free, and guests are welcome, but you must RSVP by May 9th: franpilch@gmail.com

Join Samantha Lichtin ’16 and Michael Totten ‘72 for libations and lively discussion on the merits, means, and mission of starting a Colorado chapter of Yale Blue Green! All Elis interested in the sustainability space are invited Sunday, April 14, 3-5pm at the Wynkoop (1634 18th St, right across the street from Union Station + free street parking).

Yale Blue Green (YBG) is a recent initiative of the Yale Alumni Association (YAA), led and supported by Yale alumni to serve as a hub for thought leadership, collaborative action, lifelong learning, and social impact relating to the environment and sustainability. YBG is building a network of local chapters and a digital community through online programming, webinars, monthly calls, and social media. Chapters currently exist in New York City, Boston, D.C., Chicago, San Francisco, and London and are intended as an opportunity for alums living in major cities to connect with fellow Yalies where they live and work and to engage with environmental and sustainability issues that are unique to their area.

The official goal of YBG is to facilitate three levels of connection and community-building:

The real question we want to ask is what could (or should) Yale Blue Green look like in Colorado? What unique opportunities does the wealth of knowledge housed within the Yale network present? What value is there in explicitly convening our sustainability community locally, but also connecting with fellow Elis across the world.

Take A Spring Break with CYA! 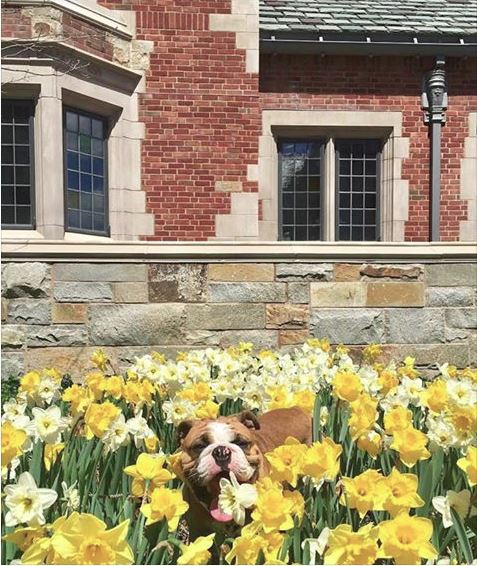 The vernal equinox kicks off a number of alumni club events, starting with the Jordan Casteel exhibition at the Denver Art Museum. While students are having their spring break, CYA has three informal gatherings, which offer Yalies an opportunity to kick back — even if it isn’t on a warm beach. The three free events are hosted by Bob Bonds ’71, Associate Director of Yale clubs in the alumni office. So you’ll be able to chat with Bob about what’s happening on campus as well as about alumni initiatives.

Please RSVP, if you plan to attend, because we need to know how many alumni to accommodate: Stephanie Grilli, steph@artscribe.net 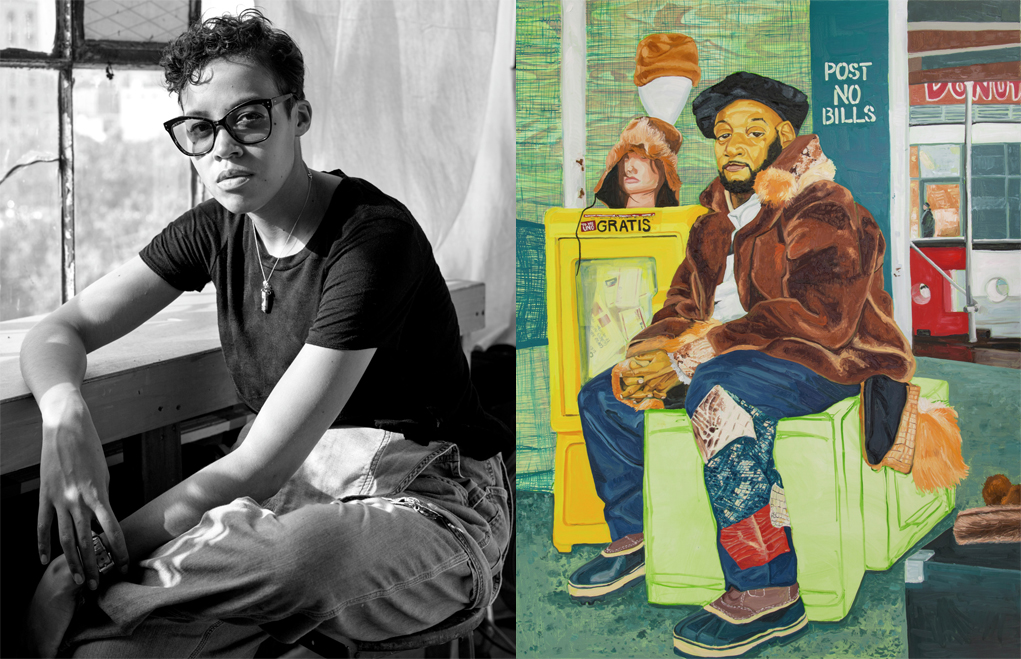 CYA is excited to announce a private alumni viewing of Jordan Casteel. Returning the Gaze at the Denver Art Museum with the artist and Vicki and Kent Logan Curator of Modern and Contemporary Art, Becky Hart, on Wednesday, March 20th, 5:30-7:30 pm (doors open at 5:00). A Denver native, Jordan received her Yale MFA in 2014, and DAM is the first museum to honor her with a one-person show, which has received national attention and praise. So let’s give a rousing homecoming to a fellow Yalie, who has been “deemed one of the rising stars of her generation.” At this special event, attendees can see the exhibit with the artist and curator available for questions, and at 6:30 there will be an informal discussion.

Comprising nearly thirty works, it showcases the New York–based artist’s large-scale oil-on-canvas portraits of friends, family, and neighbors. Often translated from photographs taken by Casteel, these portraits evoke a sense of casual, familial intimacy. They are almost self-consciously plainspoken. As the exhibition’s title suggests, Casteel’s subjects frequently look directly at the viewer, as if beckoning us to join them. But—more intriguing—many of Casteel’s sitters look past us, as if lost in a worry that we are not invited to share.

Jordan says it was her mother who showed her “how to use your voice actively in the world.” [Jordan’s mother Lauren, who is president and CEO of the Women’s Foundation of Colorado. Her maternal grandfather is Whitney Young, president of the National Urban League during the 60s.] It was her mother who encouraged her to apply to the best art graduate program, telling Jordan she would reimburse the $100 application fee if she didn’t get accepted. As painter in the humanist tradition, Jordan uses portraiture to lend presence and dignity to the overlooked, coming to know her subjects and serving as their advocate.

The shop will be closed. You can purchase the catalog online. In the comments section, add : “Please hold for Yale tour on 3.20”  They will be distributed at the viewing. If you order online and don’t add the comment, it will be shipped to your address.

After the viewing, those interested can gathering at a nearby establishment to-be-determined. The event and admission are free, but you must RSVP: steph@artscribe.net  Jordan is looking forward to meeting with alumni, and turnout is expected to be high. So don’t miss this major art show with the opportunity of meeting the artist. 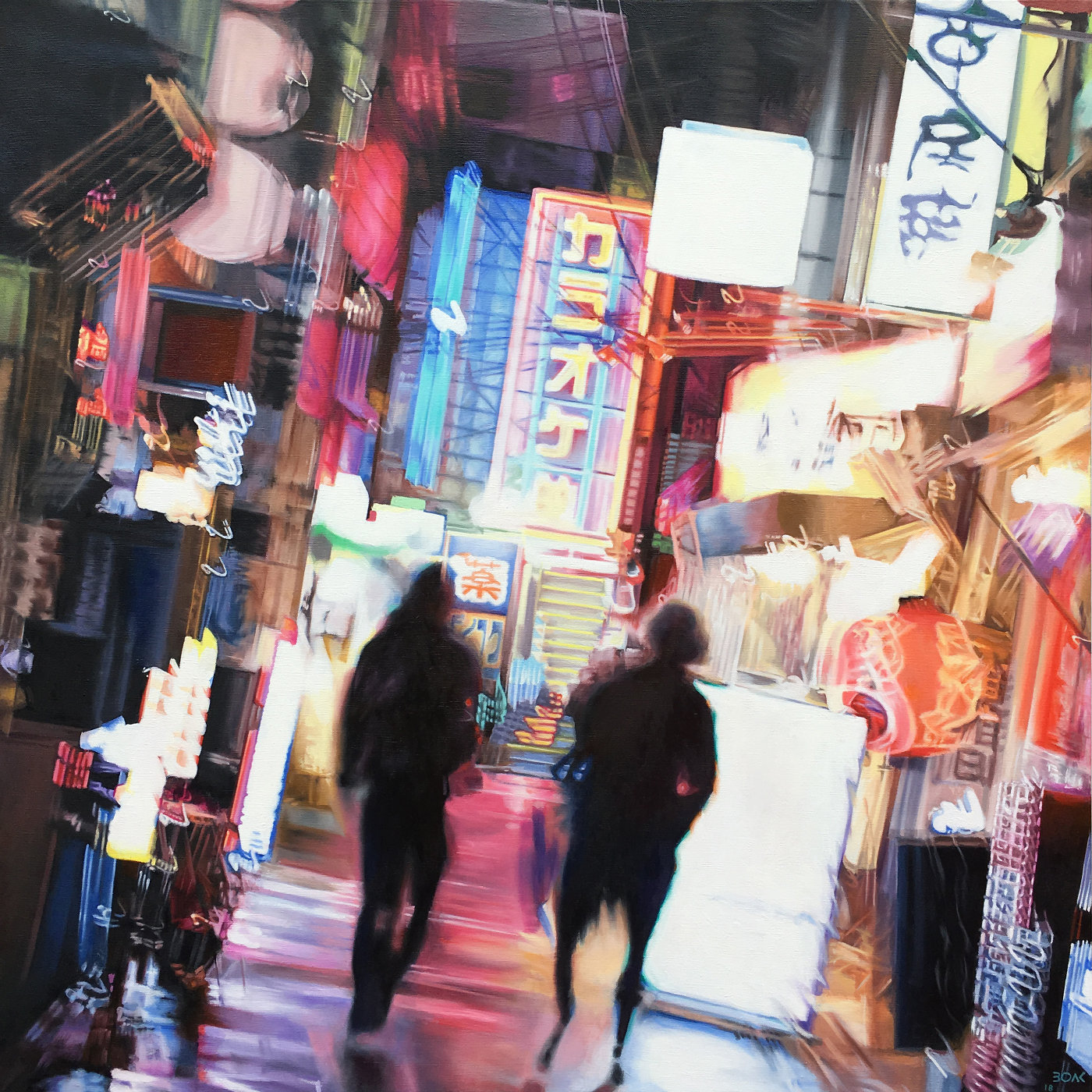 The oil and digital paintings of past CYA president John Boak are available for viewing in a one-person show at 808 Projects, Denver, beginning First Friday, March 1st. The official opening is the following Friday, March 8th, from 5 to 8 pm.  Yalies will certainly want to celebrate with John that evening. If you plan to attend you might let him know: johnboak@boakart.com. On Sunday, March 24th, starting at 3:00 pm, you can join fellow alumni and John for a discussion, a Colorado Yale Association and a Yale Alumni Art League event. Please RSVP to Stephanie Grilli: steph@artscribe.net

John brings forth the flux of life by freezing movement with his camera. By moving his camera, he creates indistinct imagery in which light effects form otherworldly spaces and abstract designs. “His recent oil paintings explore the position of the photograph in our perception of ‘real’ images. His use of paint to render his blurred source photos creates a realism of the unconscious.” Working over a period of time, John moves away from the captured moment, when he makes his initial drawing on a surface. Adherence to the photograph or what it depicts slips away, as he applies pigment and develops the painterly relationships that emerge. His digital paintings “use photographic focus, along with brushwork to join disparate imagery and to release the viewer from the photographic sense of a specific place in the world of things.”