On May 4th, attendees to the annual CYA meeting/Redpath lecture voted on a slate of board members, which included a new president, vice-president, treasurer, and secretary/communications manager. The Colorado Yale Association will have Jonathan Martin ’12 at the helm, who some alums may know as acting ASC director in 2020.While a student, Jonathan worked for the admissions office and got to travel to Colorado, which is when he fell in love with the state. His experience as a heavyweight crew team member will serve him well as leader of a strong line-up.

Heather Kingsbury Hill ’87 remains on the board and becomes the new vice-president, and past veep Bo Reynolds ’14 assumes the role of treasurer. Outgoing president Stephanie Grilli PhD ’80 stays on the board as secretary/communications manager, continuing to send emails and to populate the website. Also continuing their board service are Ben Jacobs ’17 and Anne Weil ’94. Ben has organized CYA hikes as well as the BOLD conversation series. Anne heads up the Colorado chapter of YaleWomen.

We welcome three new board members: Daphne Butler ’87 JD ’91, who has been taking steps to organize Colorado black alumni; Christina Schultz MBA ’04, who has hosted the Golden Feb Club and who has recently relocated to Grand Junction; and Jacqueline Esai, JD ’10 who has just returned  to Colorado and has also been selected by the YAA Board of Governors as an Assembly delegate-at-large.

The three members roll off the board have an impressive record of service. John Boak ’70 was CYA president for seven years and has been actively involved with the club for decades. Equally a long-time club regular, Tom Creighton ’76 MA ’83 MPhil ’84 has been our treasurer, but people may know him better as organizer of the hut trips as well as our summer hikes. Samantha (Sam) Lichtin ’16 is a vibrant presence at our events, contributing in a major way to our successes as well as teaming with fellow BOLD alums Bo and Ben to advance engagement of recent grads.

Over the weekend of September 19-22, 2019, women from the classes of 1971, 1972 and 1973 gathered in New Haven to celebrate Yale’s first coeducational admissions to Yale College. Among those in attendance were Colorado alumna Chris Citron ’71 and Dr. Susan Cherniak Wei ’71 MA ’79 PhD ’88. In addition, the September/October edition of Yale Alumni Magazine included an excerpt of a 1970 essay for a high school publication written by Chris, which is quoted in part below:

Yale is fully coeducational; it’s not just an experiment. However, if it continues its policy of admitting only 250 women per year, obviously only male leaders will be turned out. As society is now structured wholly under male leadership, unless Yale agrees that women are incapable of leadership roles (ignoring the dire shortage of competent professionals in so many fields), the University’s obligation is obviously to take itself out ahead of society and initiate a different admissions policy, so as to provide more women with this so-called leadership preparation. Furthermore, I would dispute the University’s role of annually churning out a set of so-called “leaders,” and substitute the goal of “capable individuals.” Brewster has even refused to meet with members of the Admissions Committee, who have taken the unusual step of publicly stating that the caliber of the boys being admitted for next year is substantially lower than that of the girls who are being turned away. You may have noted in the New York Times recently that the first semester marks for Yale girls were across-the-board higher than for the boys. 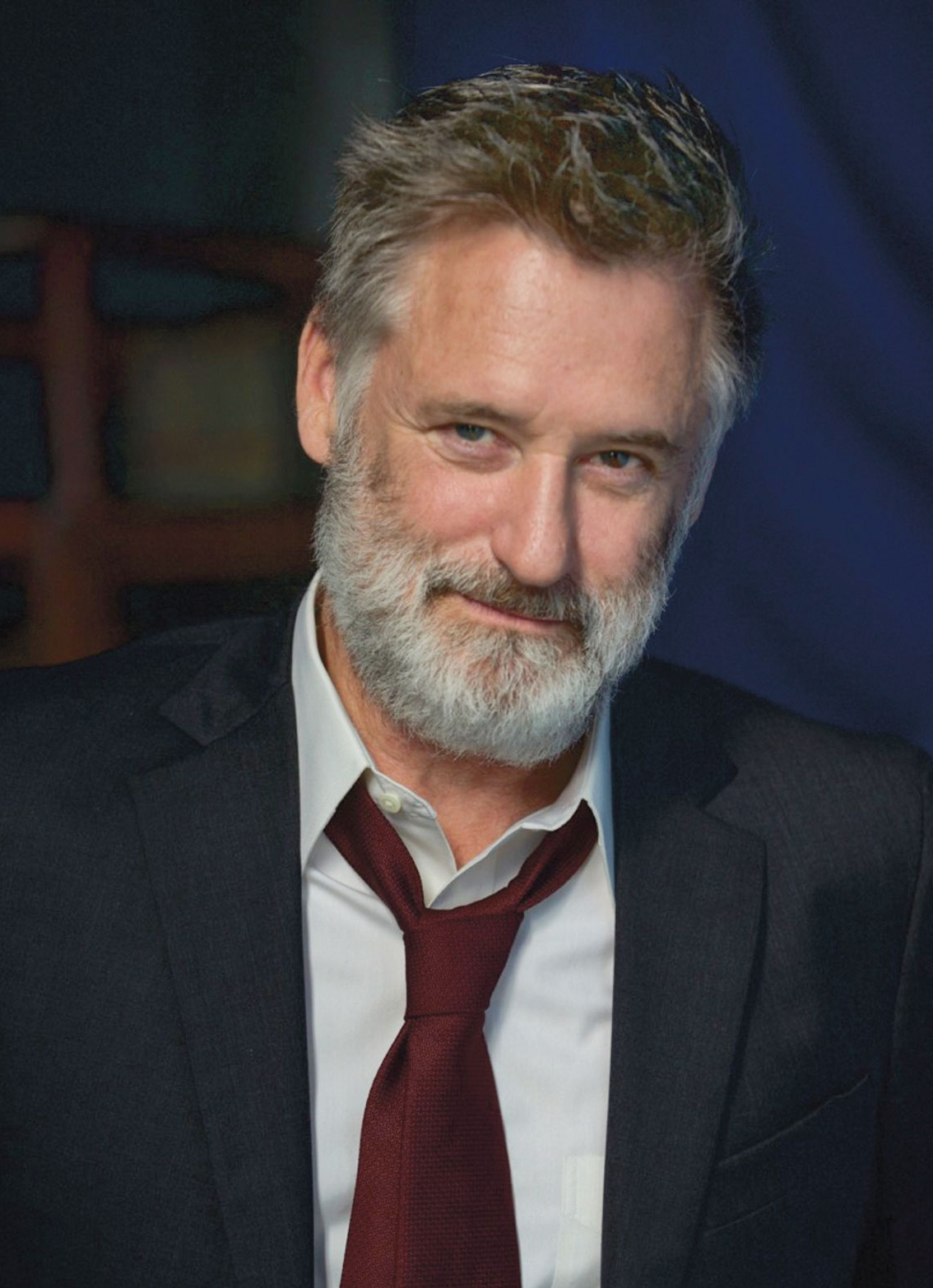 Jennifer McCray Rincon ’80 MFA ’87 welcomes Yalies and guests to a invitation-only panel with actor Bill Pullman on the topic “Why Does Theater Matter?” This very special event takes place Thursday, August 1st, 4:00 pm, McNichols Building in Denver’s Civic Center Park. Many know Bill from his movie roles, including the President in Independence Day, but he is also a much-respected stage actor with a commitment to the power of theater to bring people together. Admission to the Thursday panel is free, but you must RSVP to Stephanie Grilli: steph@artscribe.net.

Jennifer studied theater at Yale College and  School of Drama. An accomplished director and teacher, she founded Visionbox Studio to provide professional actor training in Denver, while also developing new work for production. Directing Pullman at a workshop in the early 80s, Jennifer describes their career-long relationship: “Since our initial work together, we have come together multiple times to create what we have called ‘low friction’ performance work that focuses on the actor, text, and new technologies in design.”

Fresh from Arthur Miller’s All My Sons at London’s Old Vic, Bill is in Denver to perform the play he wrote about “cowboy artist” Charles Russell. Directed by Rincon, Seeking Charlie Russell will be presented on Friday, August 2nd, 4:00 pm, McNichols Building, followed by a talk-back. Attendees have a general admission option ($50) or a VIP ticket that includes a reception with cocktails and hors d’oeuvres ($200). Details, including ticketing, are included on the McNichols website.

With his radio series, Black Radio Days, donnie l. betts Dra ’90 honors the first nationwide African-American radio drama produced in Chicago 60 years ago. Having aired the historic program Destination Freedom, Betts continues its spirit with all new scripts, and recently he began a year-long look at gun violence, immigration, gender identity, and social justice with an audio voice. On Friday, March 22nd, Black by Lamaria Aminah directed and produced by betts will be performed in the Hamilton Recital Hall at the Newman Center. In keeping with the tradition of radio drama, a conversation tales place between a  black mother and a white mother who meet at a vigil for a young black man who has died at the hands of police.

After the live show, the audience will be able to enter into a discussion led by betts with a panel of community leaders, including Aurora Police Chief Nick Metz,  Black Lives Matter 5280 activists, Warm Cookies of the Revolution members, Dr. Deb Ortega of the Latino Center for Community Engagement and Scholarship at the University of Denver, and City Council member Angela Lawson. This topical one-night event should be of interest to many alumni.

Mark Fulford ’70 organized last year’s classes of ’69, ’70, and ’71 collective 70th birthday party. Then in November, he and Katherine Fulford left for Africa. Guided  by the husband of a Peace Corps friend,  the two toured Namibia  in southwest Africa, seeing lots of birds and animals and beautiful sand dunes in the Namib Desert, visiting Ju/’huonsi villagers on the edge of the Kalahari, and camping on an island between the Zambezi and Chobe rivers. 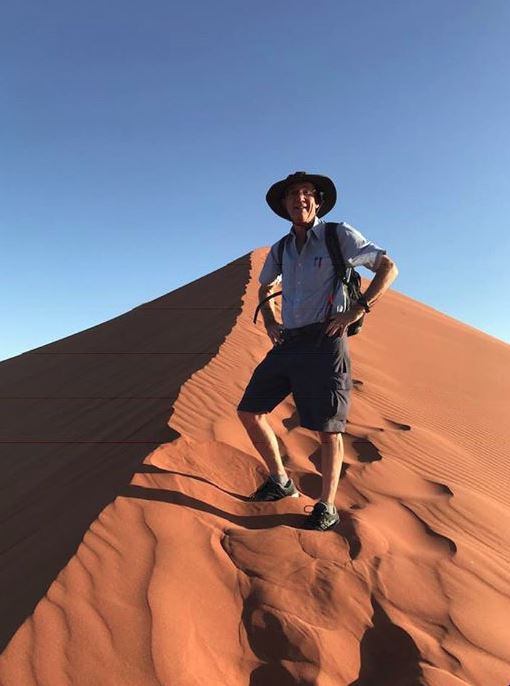 They then returned for a week in eSwatini (fka Swaziland) where they themselves had served from 2013 to 2015 as Peace Corps volunteers, visiting their rural homestead and their young friends (now 3 ½ years older and moving on) at the UN refugee camp near that homestead. Three years ago, Mark and Katherine hosted a CYA potluck at their home and shared their Swaziland experience.

Mark says “This was a great trip, to a part of the world we’ve come to love, with the best birds anywhere, the excitement and energy of the mix of cultures, and the stunning beauty of the natural phenomena. But the shortage of opportunities for our young refugee friends frustrates and saddens us.”

When Carol Kozak Ward MusM ’85 founded the Colorado Hebrew Chorale in 1993, there were no choirs in the state dedicated to Jewish music. Her dream was to showcase this rich musical tradition with community service as an integral component.  Consisting of amateur singers of all backgrounds and identities, the chorale built upon their success by launching Kol Nashim (“Women’s Voices) twenty years later. Using music to build bridges, both groups have developed repertoires and programs to advance a more civil and just society, often collaborating with area organizations.

On Sunday, January 27th, both groups with perform at the Hebrew Educational Alliance, 3600 South Ivanhoe Street, Denver, starting at 5:00 pm with a reception: “Raisins & Almonds: a Tu B’Shvat Celebration” is a concert program in recognition of International Holocaust Remembrance Day (dinner option as well as a silent auction). Kozak and her Kol Nashim colleague Leah Peer have selected music  grounded in the human strength of spirit, which is previewed by music critic Betsy Schwarm. Singing with the CHC is tenor Seth Ward ’74 PhD ’84, who served as our expert at the Dead Sea Scrolls exhibition last summer,  and bass Fred Karp ’70, who manages Service/Colorado Yale Association on Facebook.

ASC Director Shannon Scott sends word that eight early-action students from Colorado have been admitted, although not all have yet accepted Yale’s offer:  three are from Denver, two are from Telluride, and Colorado Springs, Fort Collins, and Boulder each have one.

A recent Westword article highlights Ayanle Nur, a DSST Green Valley Ranch student and son of Somali refugees : “Nur says that he plans to get on the pre-med track at Yale. ‘I’ve always wanted to help people. Getting into Yale is my first step in realizing the American dream,’ he says. But his fellow DSST Green Valley Ranch seniors see another future for Nur: They voted him most likely to become president.”

Later this year, CYA will have a casual get-together to welcome the Colorado freshman class. If you want to become a volunteer interviewer, contact Shannon: shannony93@msn.com 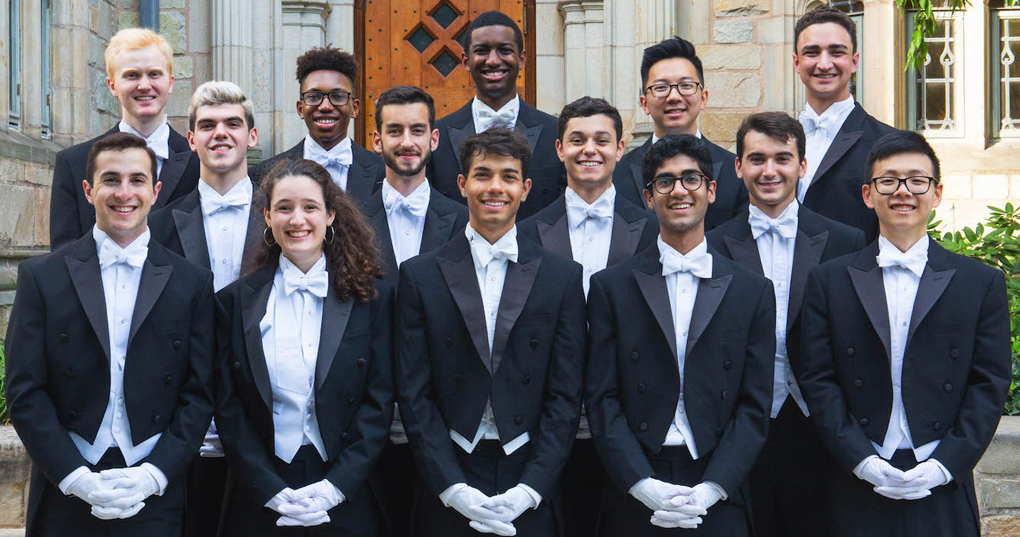 It’s become a tradition: the Whiffenpoofs will perform at the University of Denver in early January. This year, two concerts are scheduled on Saturday, January 5th, and you can  purchase tickets for the afternoon and/or evening concert site on the Newman Center site.

The group arrives the evening of the 3rd and leaves the morning of the 7th. If you would like to offer housing for any or all those dates, please contact CYA president, Stephanie Grilli: steph@artscribe.net. They are also open for other engagements. 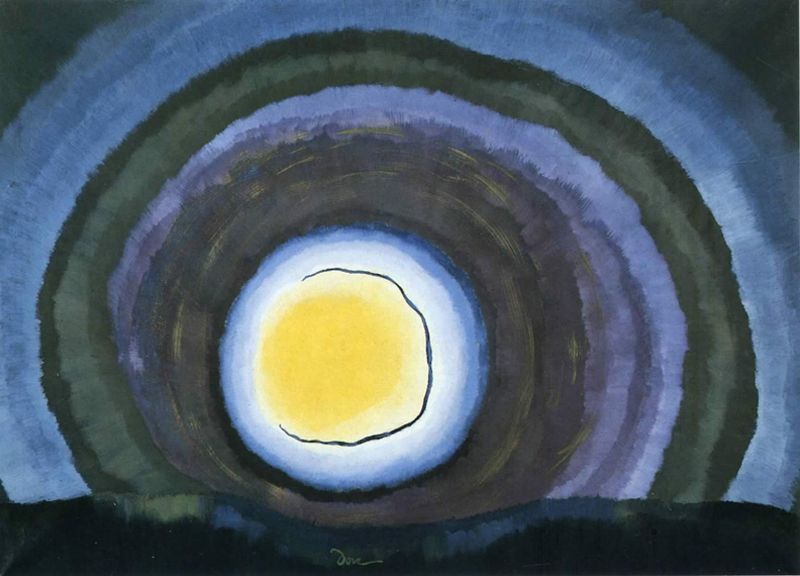 Welcome to the new Colorado Yale Association website! The new content-rich site is responsive and so can be viewed easily on phones and tablets. You’ll find events, current news & features, and other ways to get connected with your alumni community. We will continue to offer a wide range of activities that allow alumni of all Yale colleges, schools, and programs to connect with classmates and to kindle new relationships. Check regularly for updates, and be inspired to suggest and develop an event or initiative.